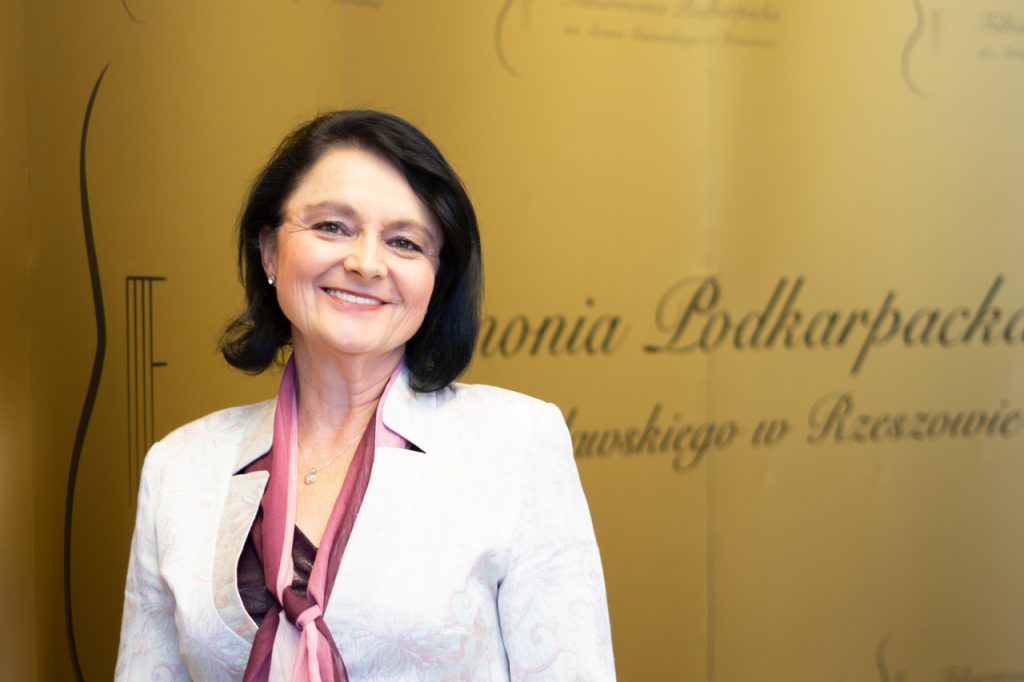 A graduate of the Academy of Music in Krakow (diploma with honors in 1988), Postgraduate Choirmaster Studies at the Academy of Music in Bydgoszcz (1992), Voice Emission (1998), School of Choral Art in St. Moritz (Switzerland – 1989, 1990), Choirmaster Courses in Stuttgart (Germany) and Koksijde (Belgium). Between 1985 and 1987, she received a scholarship from the Minister of Culture and Art.

In 1987, she started working at the Department of Music Education at the Pedagogical University in Rzeszów, which in 2001 was transformed into the University of Rzeszów – where she still works, now as a full professor. After subsequent professional promotions (1994 – doctoral degree, 1999 – habilitation), she received the title of professor of musical arts (2004). For many years she conducted the student Chamber Choir, with which she won many awards and distinctions, incl. in Sweden, Slovakia and, inter alia, in Legnica, Olsztyn, Wrocław and Myślenice. She cooperated with the Rzeszów University Choir for many years preparing the choir for oratorio concerts with the Philharmonic in Rzeszów. She has realized over 250 choral concerts that were held in Poland and abroad, incl. in Austria, Belgium, Germany, Romania, Sweden, Switzerland, Slovakia and Italy. She promoted three doctors, several dozen times she acted as a reviewer of doctoral and postdoctoral theses and procedures for granting the title of professor. She is the author of several scientific articles and publishing reviews. She was a member of various evaluation bodies many times, including jury of music competitions, including in Rzeszów, Myślenice, Niepołomice, Bydgoszcz, as well as in Bratislava (Slovakia), Bucharest (Romania) and Prague (Czech Republic). An important area of M. Wierzbieniec’s activity is the promotion of musical culture; between 1995 – 2006 she hosted her own programme “Plotki z kluczem wiolinowym” on the Polish Radio Rzeszów. Between 1999 and 2010 she was the Director of the Institute of Music at the University of Rzeszów. She was also the artistic director of the Rzeszów branch of the Polish Association of Choirs and Orchestras.     Since 2008, she has been the Director of the Artur Malawski Podkarpackie Philharmonic in Rzeszów and the Music Director of the Łańcut Festival. Currently, she is also the artistic director of the Philharmonic.  The tasks that she undertakes are related not only to the programming, organization and implementation of concerts, but mainly concern the profiling of the Philharmonic’s activities. On the initiative of M. Wierzbieniec, the orchestra of the Podkarpackie Philharmonic established cooperation with, inter alia, the Wiennermaenergesangverein choir (Austria), with the music community in Saarbruecken (Germany), the Philharmonic Orchestra in Košice (Slovakia), and the Philharmonic Orchestra in Miskolc (Hungary). The Podkarpackie Philharmonic also cooperates with the ensembles of the Opera and Ballet Theater in Lviv and the Lviv Orchestra of the Zankovetska Theater, the Krakow Opera, the Opera Theaters in Košice and Prague. She is the author of many artistic projects, including: a series of “Przestrzeń otwarta dla muzyki” and “BOOM” concerts (Ballet, Opera, Operetta, Musical) at the Philharmonic! Together with the Philharmonic Symphony Orchestra, she promotes the Podkarpackie Region on the international stage; between 2009 and 2019 this ensemble performed, among others in Austria, Belgium, China, the Czech Republic, Georgia, Spain, Lithuania, Germany, Slovakia, Hungary and Ukraine, as well as in Italy and the Vatican, presenting a total of almost 40 concerts. AWARDS AND DISTINCTIONS – including:

– Honorary Medal of the Fryderyk Chopin University of Music in Warsaw, 2011;

– Medal of the Association of Polish Artist Musicians, 2012;

– Title of the Honorary Citizen of the Podhale region, 2015;

– Medal of the National Education Commission, 2018;